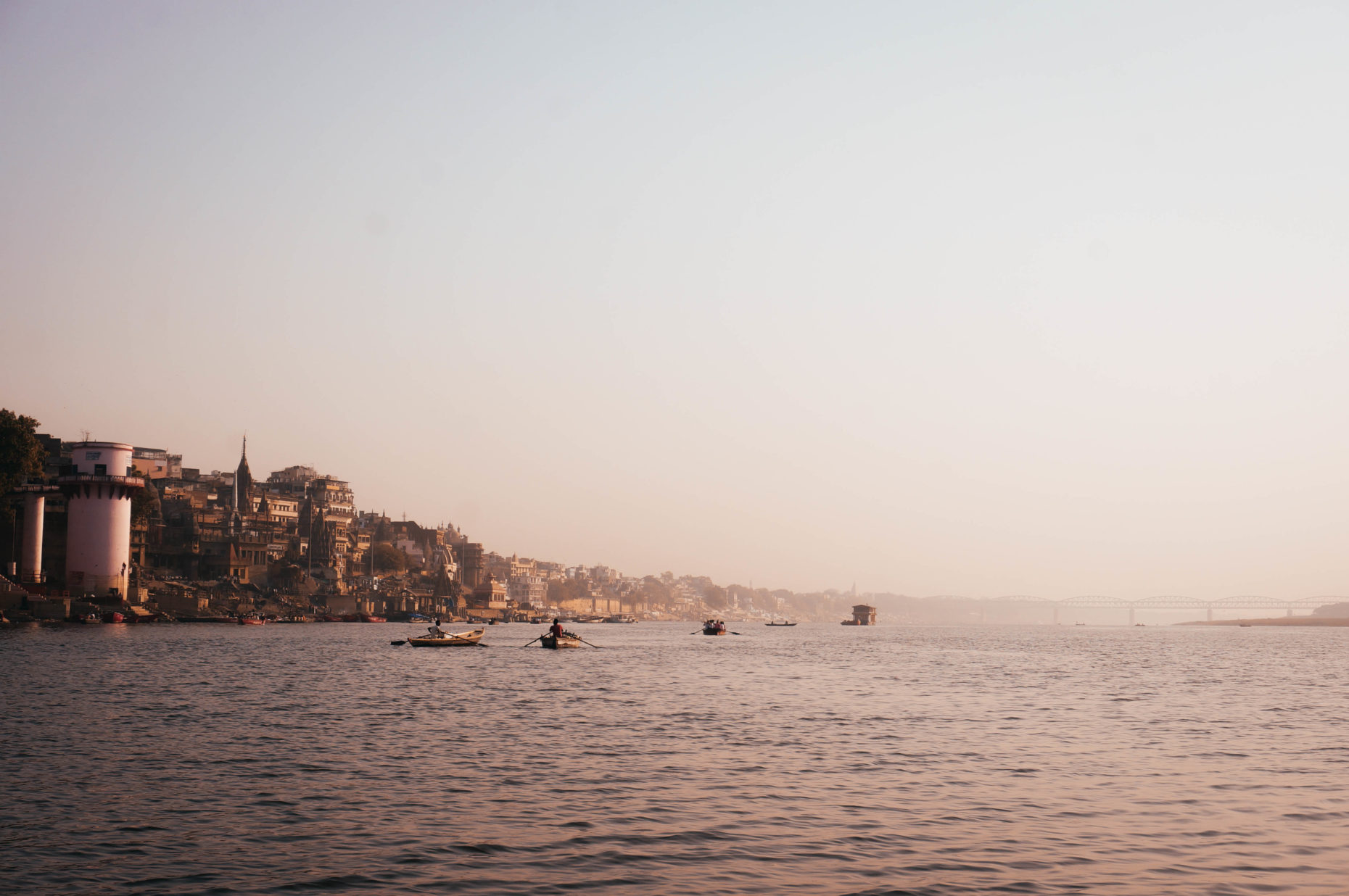 Why do people come to the City of Light to die? Varanasi.

For centuries Pilgrims has come to the holy banks of the Ganga river to wash away their sins or cremate people they love. It is believed that expiring in Varanasi offers Moksha – liberation from the cycle of rebirth, in other words, nirvana. There are several moksha guesthouses located close to the burning ghats – Hindus all over the world come here to spend the last weeks of their life and get an instant release later.

Each city/state in India is so different. It seemed that once you come to Varanasi, you return several centuries back in time, not surprisingly though, as it is one of the oldest cities in the world. Ganga, which is so transparent and clean on the foothills of Himalayas, changes its light blue color into the brown one – after a body is burned in one of two burning ghats, the ashes are scattered here.

We were sitting in a cafe, enjoying our coconut  Lassi, when I noticed that the air has become more dense. There were groups of people passing by, singing and carrying dead bodies, but I never thought that the cremation ceremony would be so close to the city, actually in the heart of it. No appetite anymore, we decided to follow them and see where the road would take us. 5 Minutes away from the lassi cafe, that originally was supposed to become one of my favorite food places in Varanasi, we found ourselves in Manikarnika ghat – the most auspicious place for a Hindu to be cremated.

Three levels of burying fire define the status of dead people: the poorest are burnt close to the Ganga river, businessmen and middle-class take the second level, whereas the richest are at the top. The fire is burning as long as the bodies are brought to the ghat, on average 300 bodies a day, 24 hours a day all year round. It usually takes around 3 hours to burn the whole body. Cows are walking naturally around the fires, some people are swimming in the Ganga river nearby, dogs are barking, but no one is crying. I haven’t seen a single woman there – crying is not recommendable so that the peace of the soul would not be disturbed. I close my nose and sit calmly on the steps while some tourists are taking pictures. My camera is in the bag – it is a matter of respect to the religion. You will not see a single picture from Manikarnika ghat, but I want you to see the peaceful waters of Ganga at the sunrise – regardless, the city of Light has its power, do you feel why? 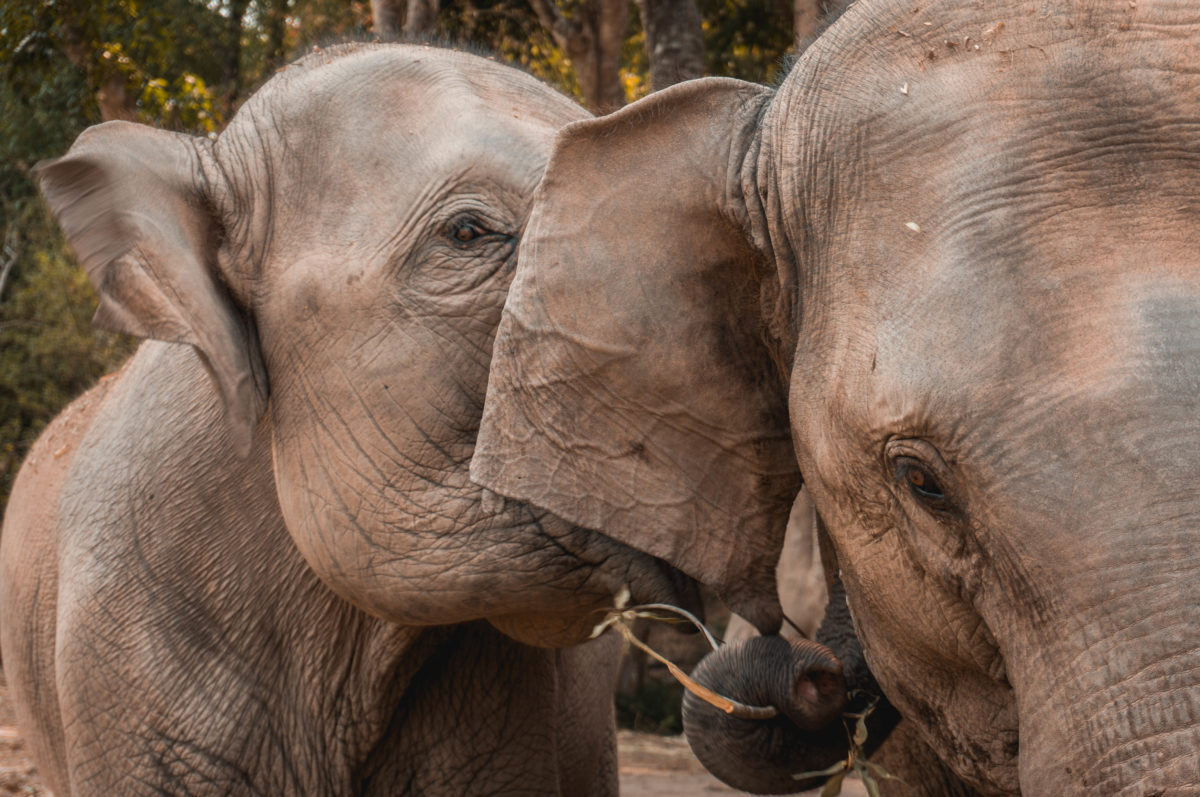 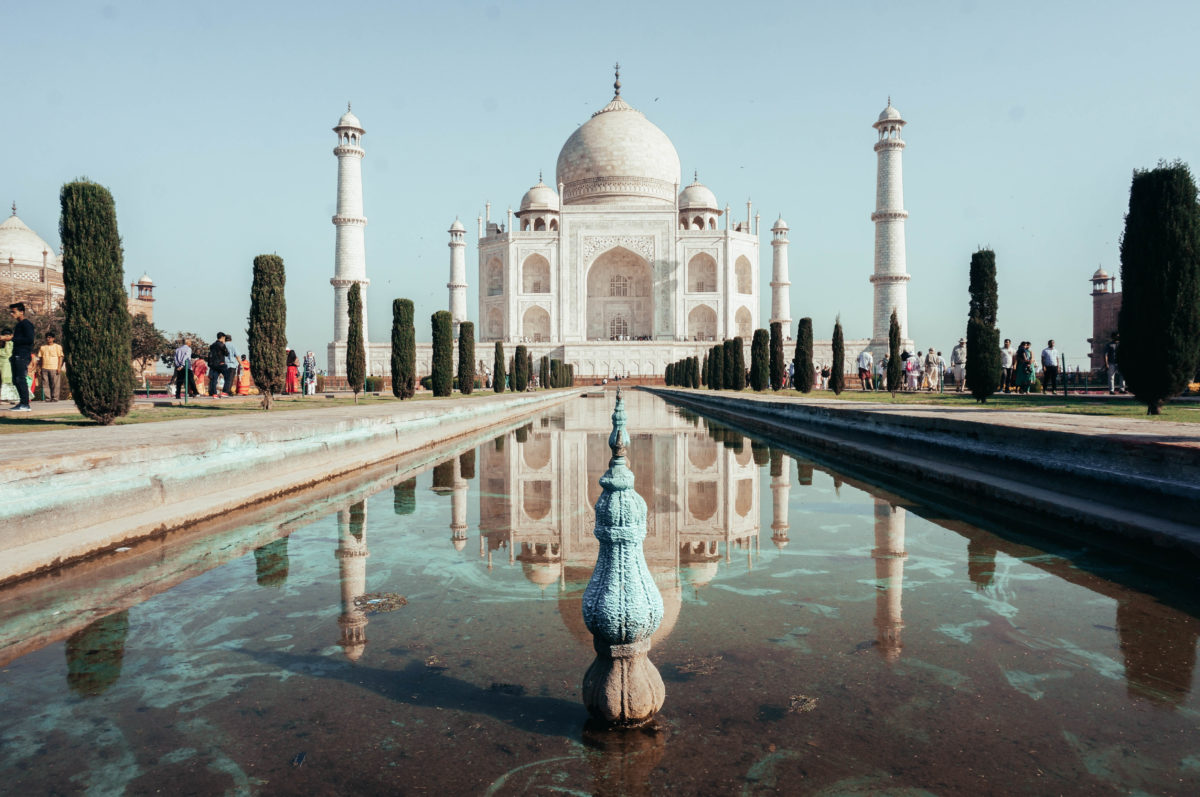 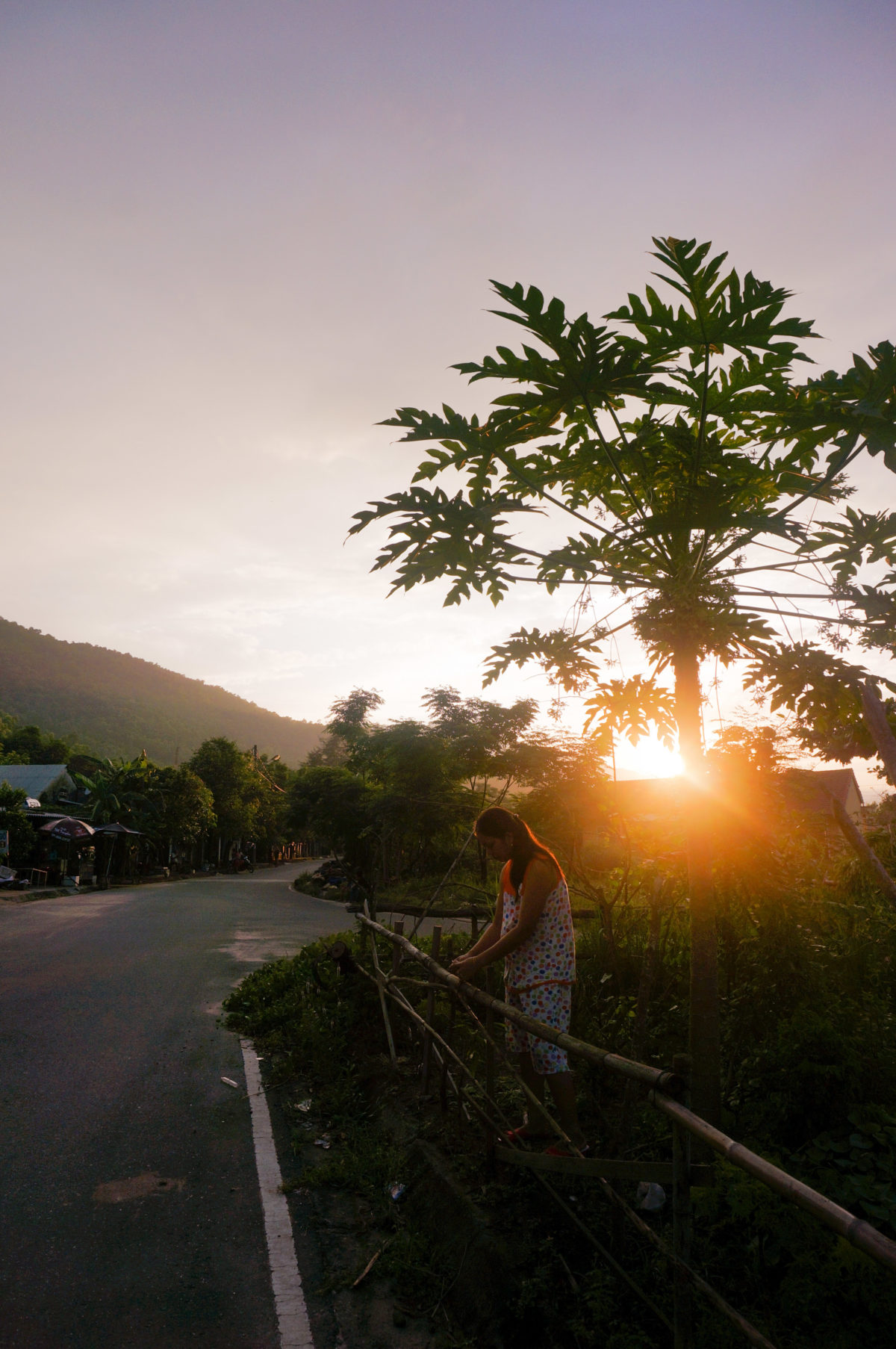